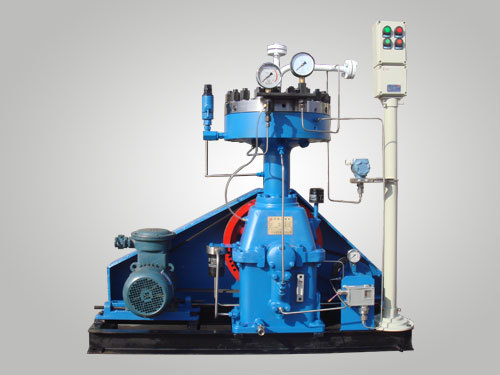 The diaphragm compressor is driven by a motor, and rotates the crankshaft via a belt pulley, then makes the piston in the oil cylinder reciprocating through a connecting rod, which make the diaphragm vibrate to and fro. The process of suction and discharge is completed with each vibration of the diaphragm under the control by the suction valve and the discharge valve. A small amount of oil in the oil cylinder leaks into the oil case through the clearance between the oil cylinder and the ring groove during the operation of diaphragm compressor, in order to compensate the oil loss to make the diaphragm close to the curved surface of compression head cover after the end of compression stroke for completely discharging the compressed media, the oil amount is slightly more than the oil leakage amount when the oil is injected into the oil cylinder by the oil inject pump during suction process, the excess oil flow back to the crankcase by the pressure regulation valve of oil pressure while the end of compressor stroke.

The diaphragm compressor is a kind of reciprocating compressor with a special structure, big compression ratio and good sealing performance, the compressed gas is not contaminated by the lube oil and the other solid impurities, which is suitable for compressing high purity gas, rare and precious gas, flammable and explosive gas, poisonous and harmful gas, corrosive gas and high pressure gas. 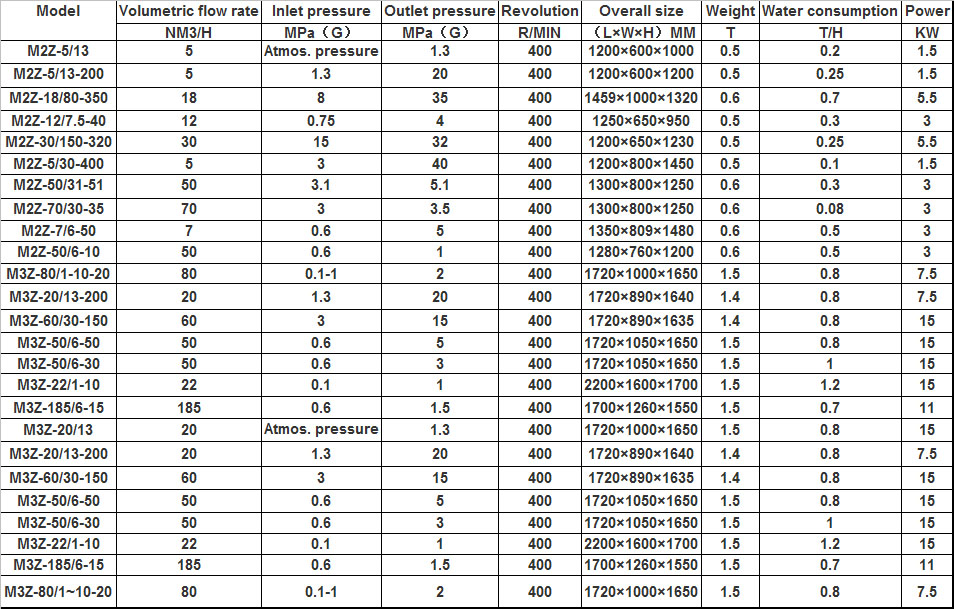